The Power of One

A shade over 32 years ago, on January 1 1989 BCG consultant and marketing visionary David Edelman published his now renowned article; Segment-of-One Marketing. In it he applied Nostradamus like foresight to describe the ability marketers would have to track and capture each customer’s behavior. Then utilizing complex marketing technology (MarTech) solutions, deliver personalized product bundles, and tailored communication touchpoints to distribute next best action recommendations at scale. By doing so they could then positively influence customer satisfaction, spending patterns and retention rates.

Realistically at the time most CMO’s reading the article would have compared it to Back to the Future II, another 1989 release. Without a DeLoeran time machine and a crazy scientist named Doc to develop the fanciful MarTech capabilities described, true personalization was purely science fiction. Not to mention the urgency to implement such a system wasn’t highly prioritized given the centralization of media at the time. Social media was yet to arrive, most markets had no more than a handful of meaningful television channels, a couple of radio stations and a newspaper or two to place an ad in. Segmentation was often best reflected within the media buy rather than the versioning of content. You selected programs most enjoyed by your target audience to ensure you were hitting a singular bullseye age, gender, and demographic cohort. Truly ‘segment-able’ channels were restricted to snail mail and reasonably new digital version known as email. As such, retaining budget to buy sought after ad placements, like a coveted Super Bowl spot, was logically prioritized over investing into and developing a cutting edge MarTech stack.

Fast-forward to now and the equation couldn’t have flipped on its head more. The media landscape is fractured and fragmented beyond Edelman’s wildest dreams. Each person with connectivity at their fingertips creates a content journey for one.
Self-indulging in passion points, absorbing information that captivates, knowing alternative choices are simply a click away. An advertiser’s ability to spray and pray is much more difficult, with major program viewership on the decline.The 2021 Superbowl had 91.6M viewers, the fewest set of eyeballs since 2006, a 9% Y-o-Y decline and the 6th consecutive year of declining interest. Meanwhile one of the best examples of the fragmented media landscape that is thriving by delivering niche content, is the Puppy Bowl. An annual mimic American football game featuring puppies, that’s also televised on Super Bowl Sunday. The game doubles as a dog adoption drive, and this year Puppy Bowl viewership rose 14% to 2.1M viewers.

With growing content availability and choice, it’s no surprise that retaining customer loyalty is also becoming much more difficult. More and more customers expect an extremely satisfying experience. They often research the likelihood of a positive outcome upfront before making a purchase. Amazon founder and CEO Jeff Bezos said “if you build a great experience, customers tell each other about that. Word of mouth is very powerful.” Word of mouth has always been powerful. The difference now is the soapbox available for individuals to share their review has grown tenfold from the office water cooler rant or rave of 50 people, to your social network of 500+.

Today great brand experiences usually have one thing in common; an ability to use past buying behaviour to inform a customer’s future touchpoints with that brand. Netflix is a prime example of this type of personalization at scale. They discovered the window to convince a customer to select a film or TV episode on their platform was no more than 90sec. Any longer and the channel was switched, to Disney+, Amazon Prime, YouTube, or an Instagram, Facebook, or TikTok feed. In order to help avoid audience leak Netflix developed their recommendation engine. Powerful algorithms designed to micro-segment their 200M subscribers into over 2,000 segment cohorts based on their past viewing behaviour. Depending on the cohort a consumer falls into the recommendations section of their Netflix feed is adjusted accordingly to the product bundle with the highest retention rates. Over 80% of Netflix subscribers viewing choices are selected from the recommendations section, which drives over $1 billion a year in customer retention value.

The customer is always right is a phrase credited to Harry Gordon Selfridge in 1906, founder of department store Selfridges. At its core it encapsulates the importance of being customer centric. If your customer isn’t satisfied they won’t return. In order to satisfy your customer you need to understand what they want and provide it to them as quickly as possible. Jeff Bezos said “customer centric is like being the host at a party, you’re holding the party for your guests.” Amazon’s goal is to be the most customer centric company on Earth, which is easy to say and difficult to do. If you stick to a one size fits all experience your customers simply won’t return. Amazon are currently to most popular shopping app in America with 150m Amazon Prime subscribers generating $386 billion in annual revenue. Their retention rate of Prime members is 93% in year 1 and 98% in year 2. They’ve achieved their goal by mastering the art of personalization at scale; the segment of one. 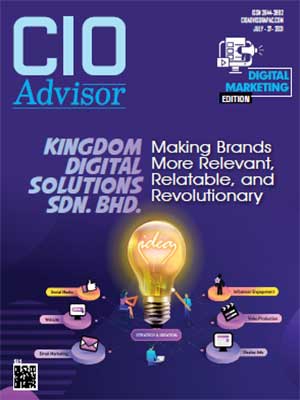 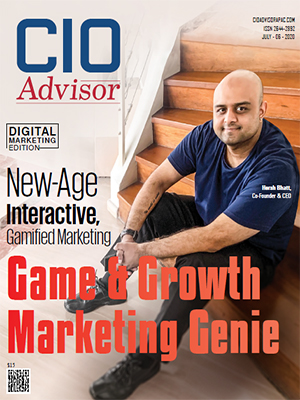 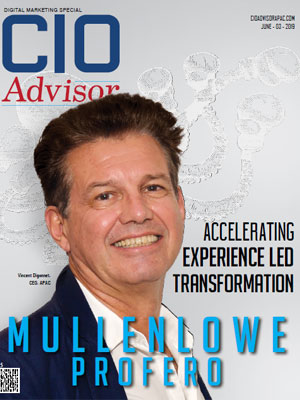 ESG Performance - Why It's Crucial To Future Success

Enterprise Digital Transformation is not for the faint hearted: Guiding principles for a enterprise-wide digital transformation

Digital Transformation/Modernisation, It is a Continuous Journey